The road/track north to N’zeto was pretty crappy nearly 250klms of potholes and several section having Landmines on the edge of the track. We were pretty sure we are not going to camp off road as we have seen to many mines, and red/ white strips painted on bushes and small roadside trees.

Even seeing two huge landmine clearing bulldozers which we tried to take pictures but were told we are not allowed to, on both attempts to take a picture (as we only saw these machines hidden in the forest) guarded by the army we failed only capturing a few feet of video.

The weather was hot the road dusty the air thick and poor Victor was crawling along at 15klm per hour trying to dodge the potholes and landmines….YIKES something just bit me I call out…..Yikes me to Elayne swatting madly at …..Oh….no Tsetse flies swarms of them.

At this speed in Victor with our plastic windows rolled up because of the heat we are sitting ducks for these disease carrying blood sucking buggers.

There was not much we could do except drop our plastic windows and die of overheating. Eventually we passed the band and they do come in bands sometimes a few klms, other times many more. 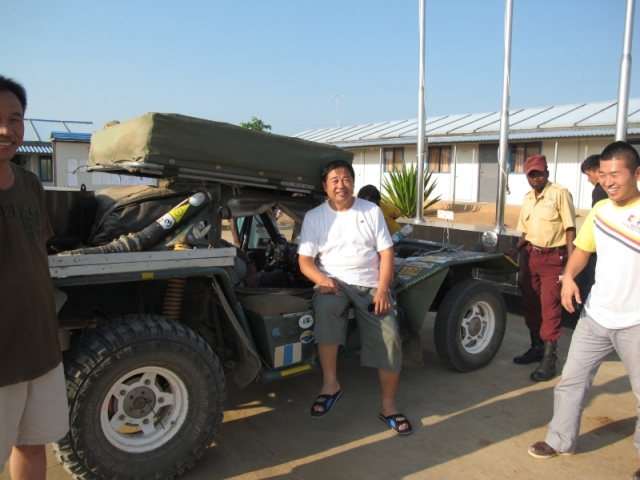 The Chinese bosses of the new N’zeto road works Angola

How the locals put up with them it’s hard to work out. There are very few blue cloth traps like we saw in Tanzania, this part of the world looks as if it has no traps as far as we could see.

Unfortunately I had forgotten to tuck in my trouser legs into my socks and just as we though we had managed to escape with just 20 or so bits each I felt something strange around my knee under my trousers ….Yikes something is crawling under my trousers….I bang my knee hard thinking I must have killed whatever it was only to have my whole right trouser leg go red with dripping blood, then I could not believe my left knee bang I hit that knee, only to have the same reaction …blood pouring from to reasonable size holes chewed into my knee caps by several Tsetse files….never drive without tucking in your trouser legs into your socks. 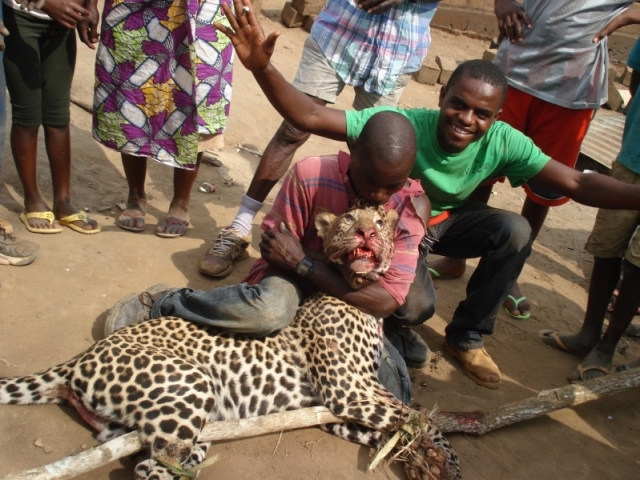 Chinese road camp N’zeto road Angola and a poor leopard, I guess this is Africa

Chinese Road works are now clearly hacking down the bush re-building this beaten up road, with huge cuttings and new bridge constructions running parallel to our dusty pothole filled road which the construction vehicles use, which makes even a better beaten up road…..One day it will be nice and smooth …but not for us.

Loads of Orange trucks loaded to the gunwales, clouds of dust bellowing from their wheels covering us as they race past….yes even overloaded trucks are going faster than us.

The Chinese drives smile and some wave, we don’t see any Angolan’s driving any vehicles.

We pull into N’zeto for some lunch which we find in the main street. It’s a broken down village with some old colonial buildings but life is going on with lots of dried fish airing on racks. 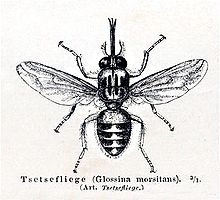 We have an expensive meal (still cheap by Angolan standards), but we enjoyed it with some locals who we shared a cold beer with. But we needed to head off and find a camp before dark and headed out of town.

It was clear the Chinese road builders where making their mark the 250klm new construction will put a dent in what is a pretty bad road come the wet season, so this gave us an idea ….Lets pull into one of the big Chinese road camps for the night, I am sure they will let us……But will we see another camp, I think we have passed 2 already to-day Elayne exclaims.

Just as we were about to give up on that plan we saw a big Chinese road Camp..It was massive with 40 plus vehicles lined up in a row huge workshops and stores, it was the biggest we have seen in Africa.!!!! 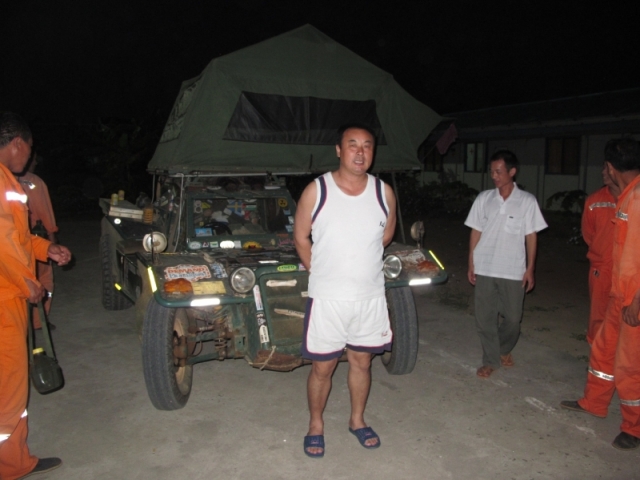 Victor was still having his photograph taken well into the dark 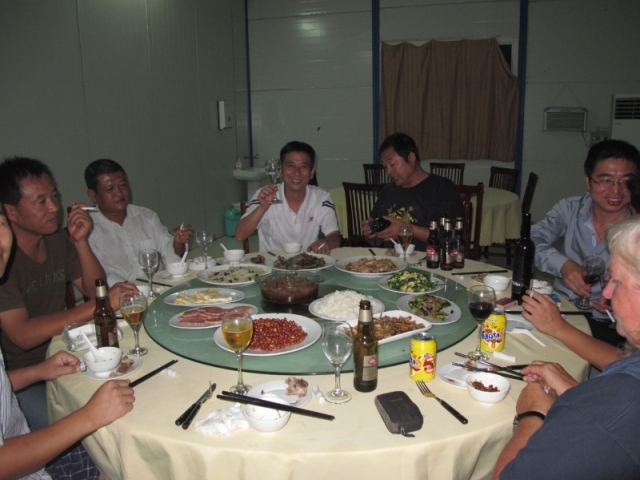 The best Chinese food we have ever taste 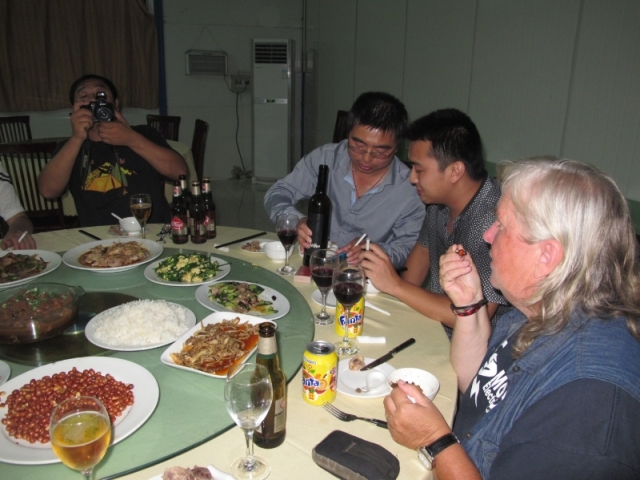 Elayne loving all the dishes…and cold beer…..check out the 2 cigarettes to be light between courses….YIKES 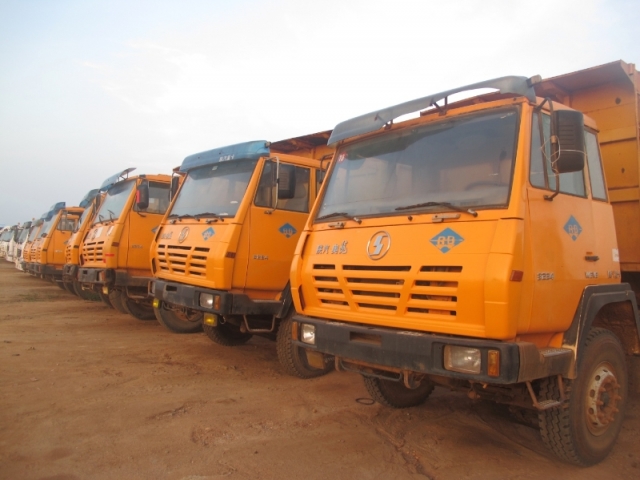 Some of the road building vehicles for the N’zeto road 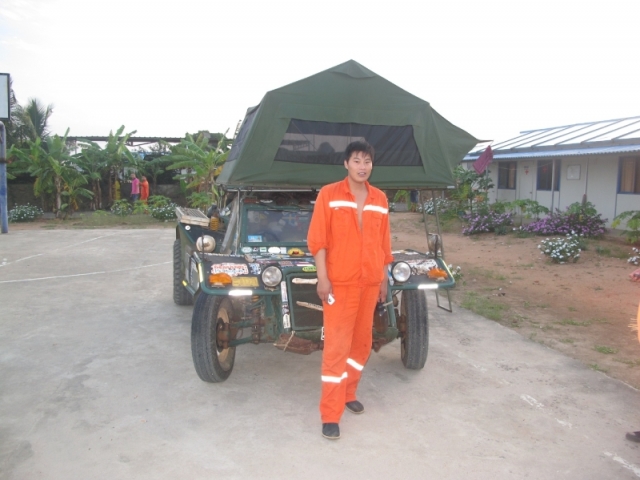 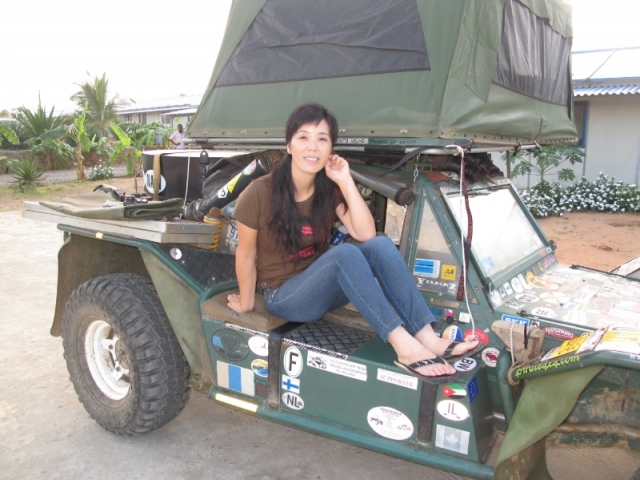 I drove in as if we owned the place waving at the security guard to let us through …which he did saluting us in the process as if I were the chief construction engineer visiting from China, We pulled up and stopped outside the office buildings hoping our plan will work.

It was not long before all the Camp Commanders were out to see what had just turned up, also 30-40 young men in Orange boiler suits all having their photo posing next to Victor….it was exhausting for me as even I was needed for the photo session.

Sure enough there was nothing these guys and girls would not do for us, even showing us to our room the girls dragging Elayne off to show Elayne their rooms. I was left trying to talk to the boss who wanted all the photos of our trip downloaded on to his computer………YIKES…we did not stop the Chinese are just mad about photographs, but I am sure its because they have been to long in the jungle.

We crashed into our small camp room, Victor still having photo sessions even in the dark. We were called for supper and were told we were dinning with the bosses of the project as there guests.

Well we walked to the dinning area past the several hundred workers all having their supper, everybody smiled and waved….we were the stars to-night. Elayne was fascinated by the cooking facilities, huge gas stoves with woks the size of flying saucers. The kitchen activity was something to keep us amused staring in the open door the heat alone coming from the chaos inside kept us at bay. But the chefs were slicing, chopping, boiling, skinning, beating, noodles miles long, as they to disappear in the steam, only reappearing now and again the huge blue gas flames bellowing from their stoves.

We never saw so many chop sticks whirling away with heads on orange boiler suits mouth to their bowls the noise from the mess rooms drew us to peer in only to have one thousand eyes peer straight back at us the chattering and noise immediately stopping…..They all bowed….so did we….the noise continued.

Our escort spoke very good English but as so many Chinese do his smoking was causing serious oxygen shortages in the near vicinity making us dodge around like puppets on strings just try to gasp at some fresh air.

What a banquet it was so really good the best Chinese food we have ever tasted, serving after serving the bowls and plates, roasted duck, noodles, dumplings, dish after dish, with as much cold beer, green tea, as you could ever consume…….we hit the sack late dead to the world full as old boots smelling like used ash trays…..but what food indeed…….yes we stayed for 3days feasting and dinning every night, even the breakfast was as big and delicious, the Camp Commander’s taking delight in every new dish we tasted……what more can we say……only they changed the oil in Victor and filled our diesel tanks to the brim……….Thanks guys and girls…..we love the Chinese road workers in Africa. 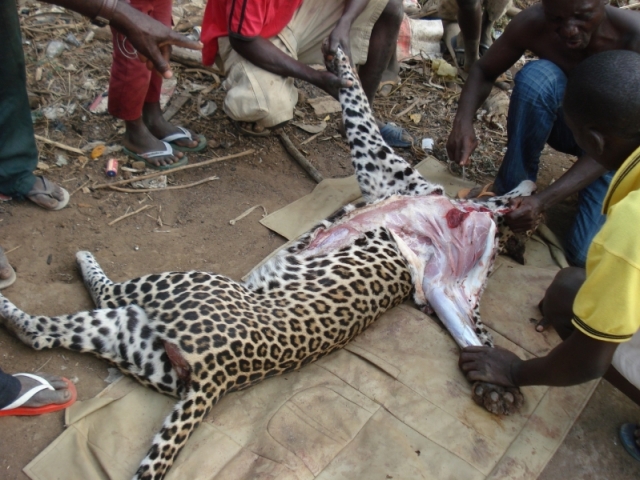 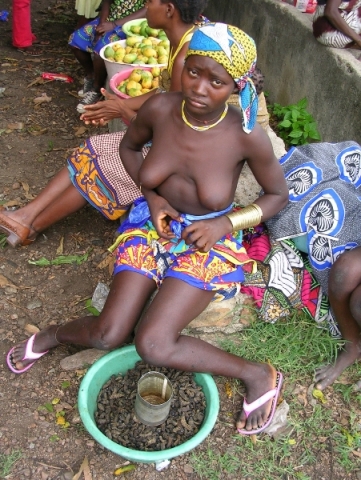 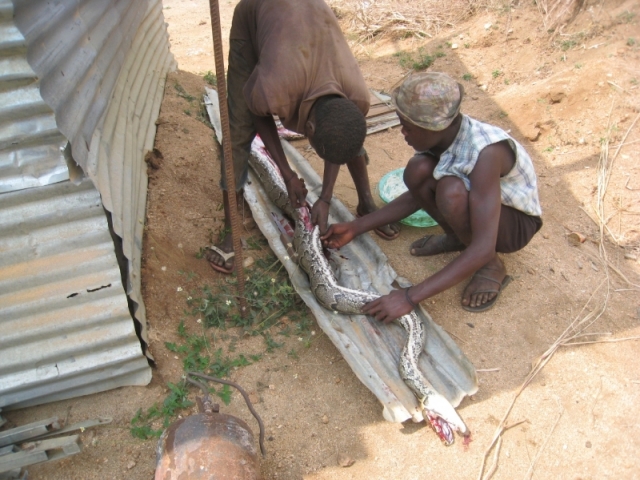