Benguela to N’zeto and our Chinese Road Camp

Leaving Luis was again sad but we need to keep an eye on time our 30 day Angolan visa which is disappearing fast as we need to enter the DRC with our 7 day transit visa in current validity. Visas are a problem always pushing you one, sure you can renew them easy in most countries, but we also had the wet season approaching and being stuck in/on some Northern Cameroon road for months was not on the agenda.

Luanda Angola’s Capital was well know for its exorbitant prices and pretty unsavoury conditions for those loving the out-back camping scene such as us. Our plan was to drive through/around in a day skirting the smoking jamb packed city the best we could. The road heading north along the coastline was good and we were making good time. 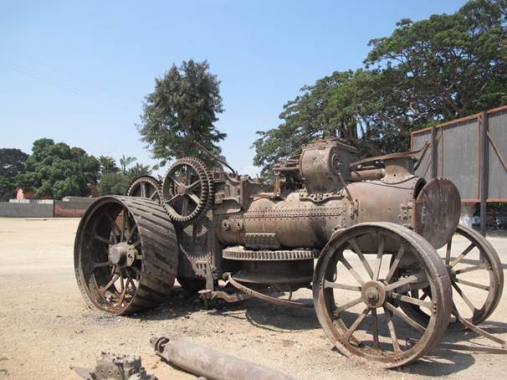 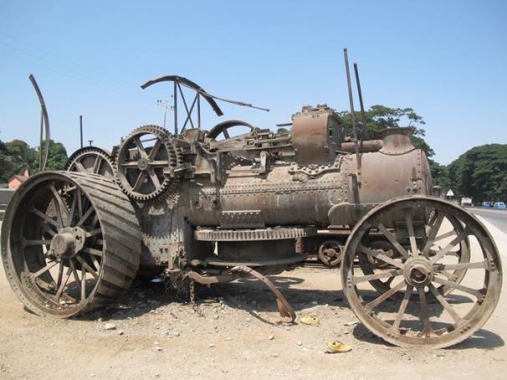 More boring photos ….( Elayne moans ) ……well I like them 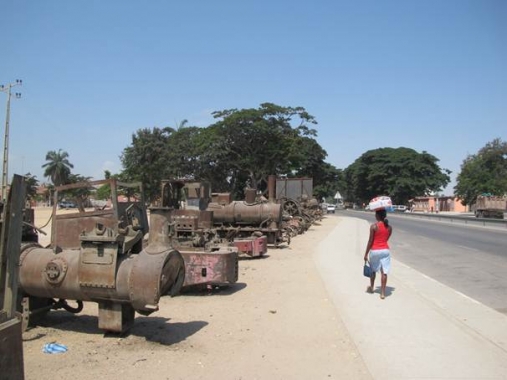 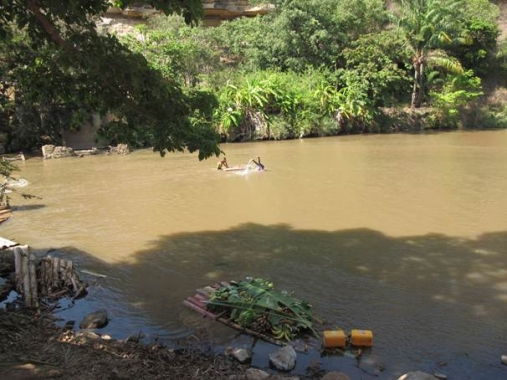 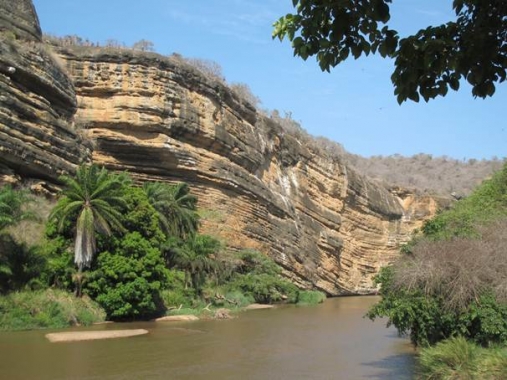 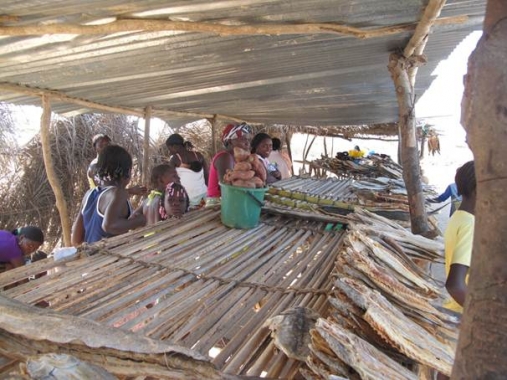 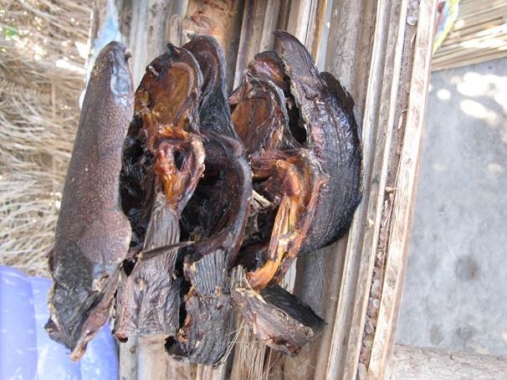 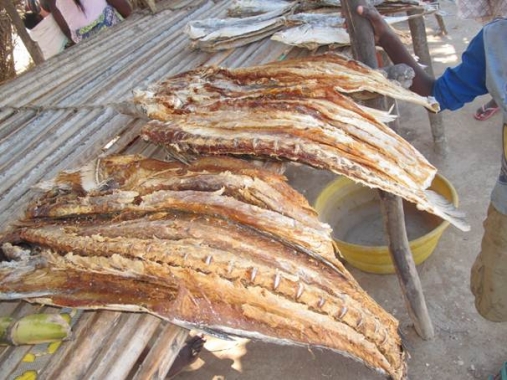 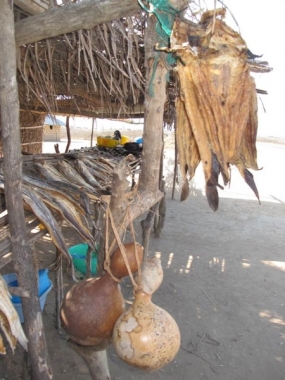 Very salty and you can chew it all day 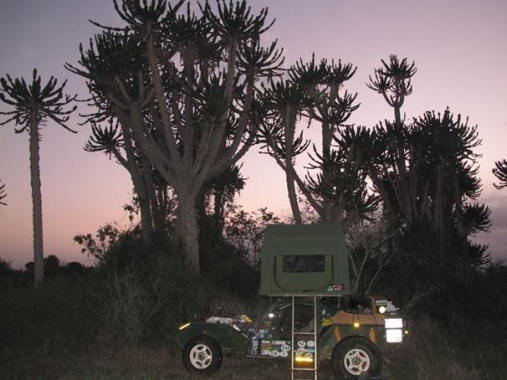 We contemplate the run around Luanda, but find a good wild camp before nestle amongst some very large Cati. 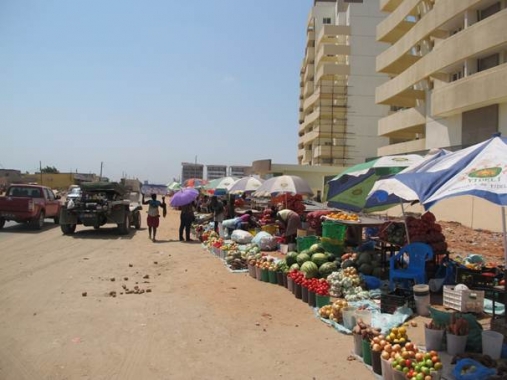 We stock up with some fruit and veg on the outskirts of Luanda…it was a pretty crappy drive around the city. 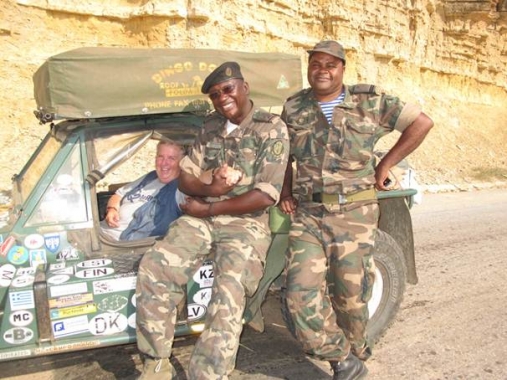 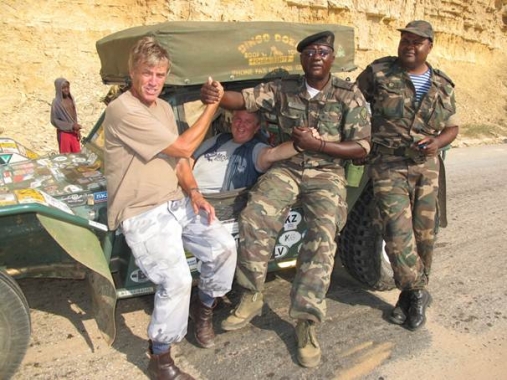 Well we are all friends it loks as if we have joined up with the Angolan Army. Pic near Cacuaco Angola…….we are pretty sure he thought I was an Australian Army Officer, as they all saluted when we drove off….mmmh…..I thought my Camo gear would come in handy making all the right friends in Africa.??? 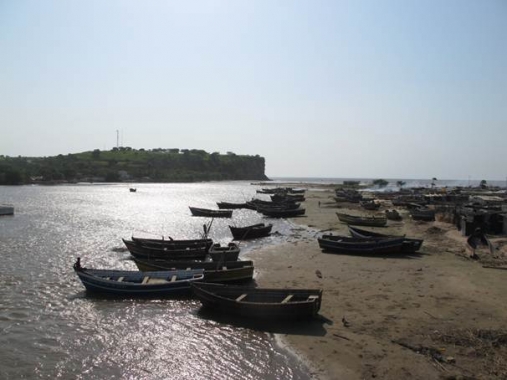 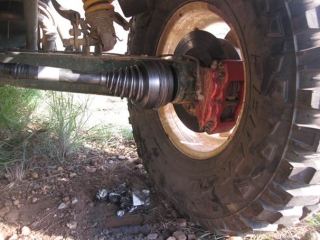 We change a Cv boot the last of the bad units we had from Jo-burg S/A hopefully the new units from Bat Racing will hold up like our original units from the USA. 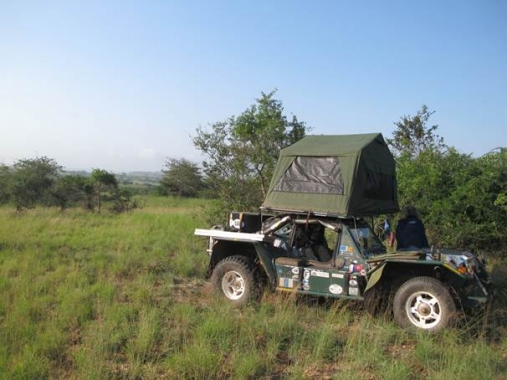 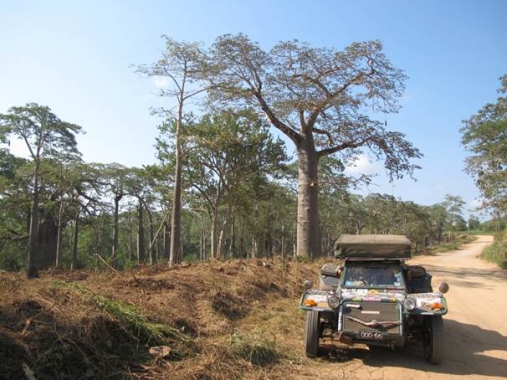 The road north to N’zeto starts to deteriorate, but we can see a mine sweeping machine ( we spotted 2 units) have been hard at work clearing the roads edges ….no doubt to upgrade a pretty crappy 250klm.

Victor and crew enjoy some bush tucker near Ambriz Angola 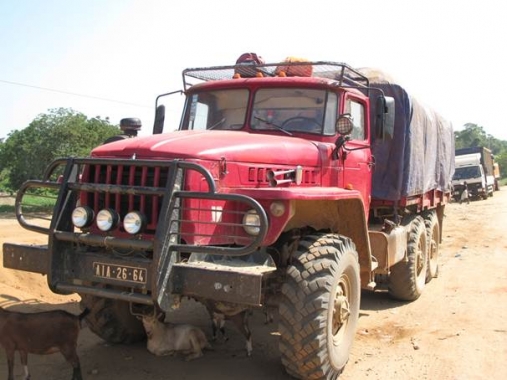 Old Russian trucks still pound the back tracks of Angola 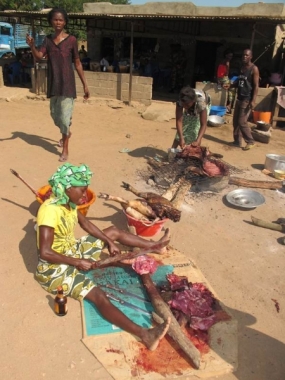 Elayne is not sure what we have just eaten …but everybody is smiling so hopefully it stays down. 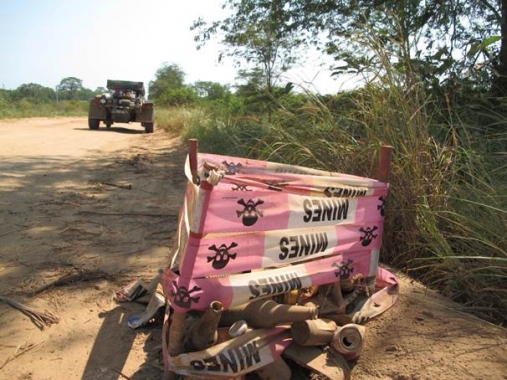 Victor and Crew get a little nervous as we start to spot (18 Landmines in the road)…….or very close to the edge of the road. 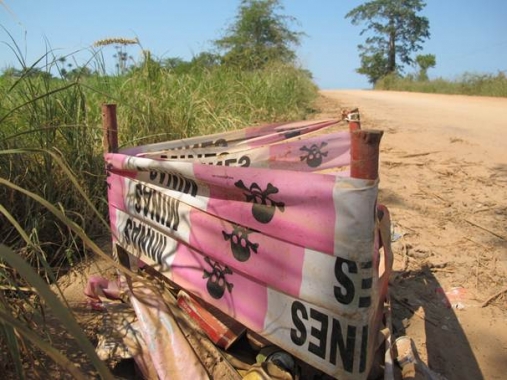 Angolan landmines on the road to N’zeto 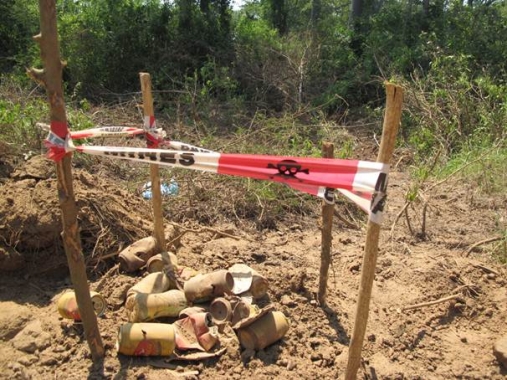 No this is not where you can buy cold drinks 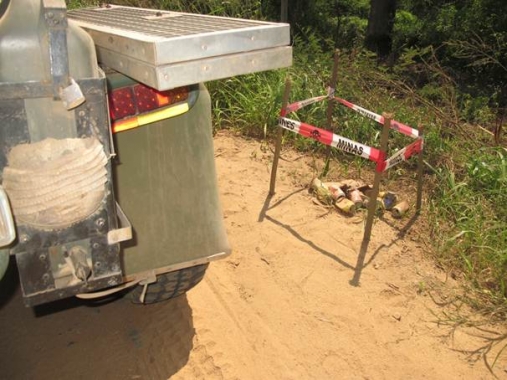 The road was pretty rough heading north to N’zeto , but some of the trees were just stunning huge Baobabs’ and some thick dense forest. Plenty of wildlife and birds on some sections of this road.